《Today’s spiritual meditation》:   “When he had received the drink, Jesus said, “It is finished.” With that, he bowed his head and gave up his spirit.” (John 19:30)

Meditation one: What is the task that is impossible for human beings to achieve but was accomplish by Jesus the Lord? It has been a fact that He declared “It is finished!” on the cross. This shows that Jesus succeeded in fulfilling the great work of redemption given by God. He carried all our sins on the cross and payed the price of our sins through His death. “It is finished!” does not mean “It is ended.” It means the debts of our sins have been “paid off” by Jesus. Through Him, the door to the eternity has been opened.

Meditation two: Was the life of the Lord Jesus been taken away by human beings? Was He forced to death by sinners? Neither is true! He not only laid Himself down of His own accord (John 10:18), but also fulfilled the will of the Father. The Lord Jesus died for our sins, but now He is resurrected and lives forever.

Prayer: Lord Jesus, thank You for your victory on the cross. Instead of dying on the cross, You gave Your soul to the God of eternity. For your salvation, I will dedicate the rest of my life to you. I pray in Your precious name, Amen! 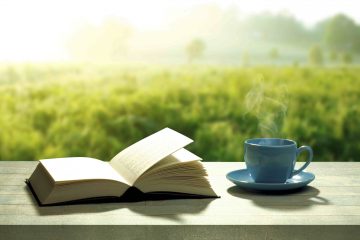 默想：「你們要追求與眾人和睦，並要追求聖潔，非聖潔沒有人能見主。」（來12:14）Insight:  “Make every effort to live in peace with everyone and to be holy; without holiness no one will see the Lord.” (Heb 12:14)

默想：「人非有信，就不能得神的喜悅；因為到神面前來的人，必須信有神，且信祂賞賜那尋求祂的人。」（來11:6）Insight:  “And without faith it is impossible to please God, because anyone who comes to him must believe that he exists and that he rewards those who earnestly seek him.” (Heb 11:6)