《Today’s spiritual meditation》:  “They took palm branches and went out to meet him, shouting, “Hosanna!]” “Blessed is he who comes in the name of the Lord!”” (Joh 12:13)

Meditation one: All the people took palm branches, shouting, “Hosanna!” and the people of Jerusalem went out to meet the King who came in the name of the Lord. But the king did not come in a chariot, nor did he ride a steed, and His mount was only a donkey. He was noble, yet humble, and He was honorable, but ordinary. He was the King, but He had no Emperor’s prestige. He is the Lord, but does not have the arrogance of a ruler. He is the Lord, but He is like a servant to serve His disciples; He is the King, but He does not ascend to the throne of the palace.

Meditation two: Jesus’ “throne” is at the mountain of Golgotha, and His King’s title hangs on the top of the cross. This is the Lord of lords and King of kings, that every knee shall bow and every tongue shall praise. He has majesty and honor, yet with humbleness and humiliation. He denied Himself and endured the desertion of His Father, but He has drawn and conquered all men with His weakness!

Prayer: God Heavenly Father, thank You for your great sacrificing love. Please give me a longing heart toward the Lord’s Word. I would like to be zealous toward God in my everyday life, love the Lord, love people, and bring people to the Lord. I pray in the name of the Lord Jesus Christ, Amen! 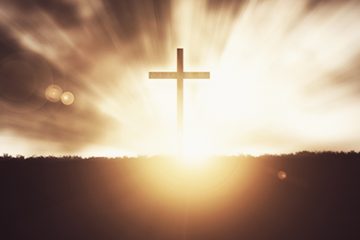